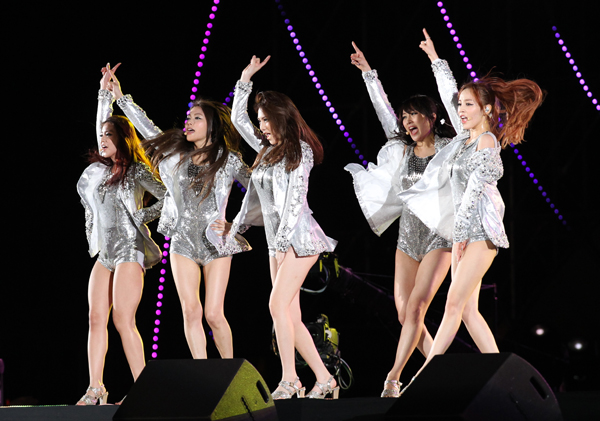 Girl group Kara, which has garnered international popularity, especially in Japan, is at last returning its attentions to Korea.

The five-member group will release its fourth album next month, said to its agency DSP Media yesterday.

It’s been a year since the group released the mini album “Pandora,” and two years since their last full-length album in Korea - in that time, Kara has released three studio albums in Japan and numerous singles.

The agency also released a black-and-white image of all five members, dressed in suits and bow ties, with short hair as if they were posing as men.

Many industry critics are waiting to see how the group, which in the past has alternated between cute and sexy, is going to position itself differently for the new album.

“Although the group has been busy filming TV dramas and other international promotions in the past year, they have collected ideas for the new album whenever they have had time to spare,” said an official at the agency, according to local media reports.