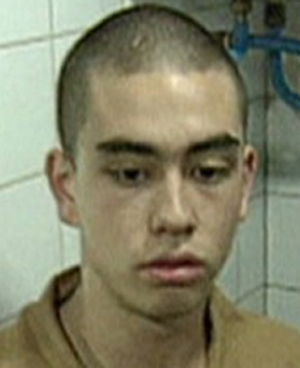 The prime suspect in the infamous stabbing death of a Korean college student in Itaewon in 1997 has lost a U.S. federal court appeal against his extradition, bringing him one step closer to standing trial in Seoul.

The Korean Ministry of Justice said Sunday that in June, a federal court in California upheld an earlier ruling to extradite Arthur Patterson, 34, to Seoul to stand trial for the killing of 23-year-old college Hongik University student Cho Jung-pil. The court pointed to criteria of the U.S.-Korea extradition treaty being met, as well as strong evidence in the case.

In November 2012, after the U.S. federal court accepted Seoul’s request for extradition in October that year, Patterson filed for a writ of habeas corpus.

Patterson, the son of a U.S. Forces civilian employee, was 18 at the time of the murder. He is accused of stabbing Cho multiple times on April 3, 1997, in the bathroom of a Burger King in Itaewon, central Seoul.

He was initially charged and sentenced to jail for illegal weapons possession but was granted a special pardon and released in 1998. In 1999, Patterson left Korea, taking advantage of a prosecution failure to extend a ban on him leaving the country.

The other suspect, Korean-American Edward Lee, also 18 at the time of the murder, was initially convicted and sentenced to life imprisonment for murder. He was acquitted in 1998 for lack of evidence. Prosecutors suspended the probe into the case in 2002.

But following a public outcry fueled by a blockbuster 2009 film based on the murder, “The Case of the Itaewon Homicide,” along with complaints from Cho’s family and the finding of DNA evidence linking Patterson to the murder, the Ministry of Justice reopened the case and made the extradition request.

Patterson, who had been working as a trainer at a fitness club in Los Angeles, was arrested in California in May 2011.

Korean prosecutors indicted Patterson in December 2011. The statute of limitations for the crime is 15 years, but legal authorities state that doesn’t include time a suspect spends outside of Korea.