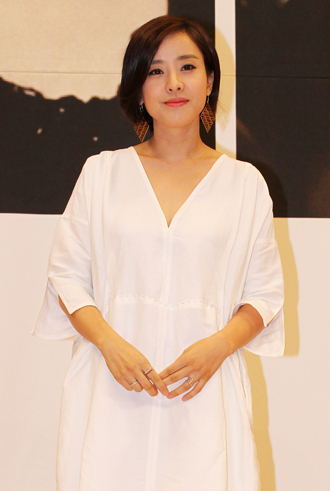 Actress Park Eun-hye of the hit MBC drama “Dae Jang Geum” had her first kiss with actor Jang Hyuk of the KBS drama “Iris 2”, according to SBS talk show “Hwashin - Controller of the Heart” on Tuesday.

After hosts on the shows asked to check if this was true, Jang immediately answered: “For work.”

Jang accompanied Park as a guest on the show. The two had acted in the movie “Zzang” in 1998, which was a debut film for both of them.

Park tried to make a joke by saying perhaps it was her first kiss ever, but Kim Hee-sun, one of the hosts, said that Park was lying.

Park also said that she was once annoyed by Jang when he continued reading an essay over the phone after saying that he had found a good work of literature.