MAMA still to be held in Asia

MAMA still to be held in Asia 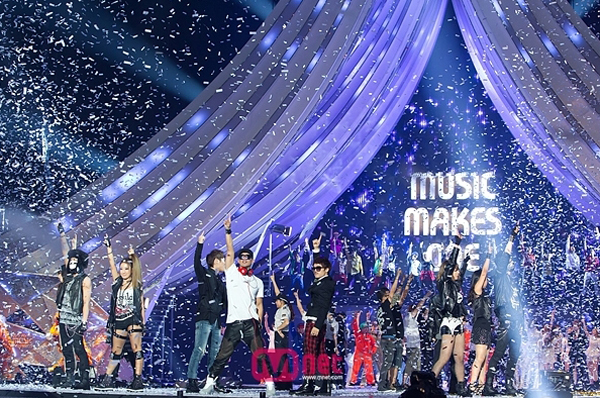 CJ E&M will again have its music awards event overseas, although it has not decided on the exact location, according to Ilgan Sports, an affiliate of the Korea JoongAng Daily.

“We will go to either Macao, Singapore or Hong Kong, one of those places we have done the event before,” said an official at Mnet, a music channel operated by CJ E&M, confirming the overseas arrangement for this year’s Mnet Asian Music Awards, or MAMA.

“We are currently not considering going out of Asia, and we don’t think we will have any problem finding a venue as we have had events there before.”

MAMA, which started in 1999, first expanded to Macao in 2010 after having about 10 events in local venues. In 2011, it was held in Singapore and then in Hong Kong last year.