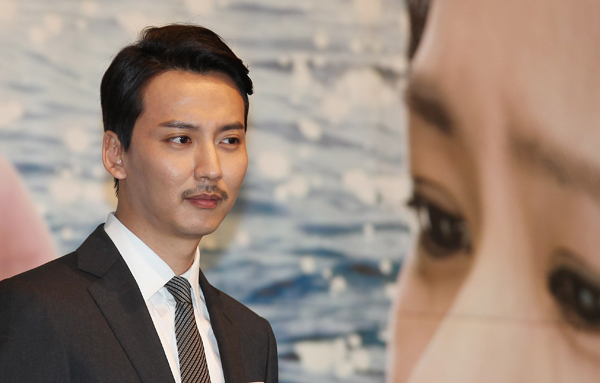 Actor Kim Nam-gil of the KBS drama “Shark” has been hospitalized for exhaustion, his agency said yesterday.

Kim grew excessively tired during the filming of the movie “Pirates” on Sunday and was taken to the hospital. His condition soon became more serious, reportedly because Kim did not take any time off between the end of “Shark” last month and the start of filming “Pirates.”

Kim had a physical and is awaiting the results. Filming on “Pirates” has been halted until Thursday.

Many of Kim’s fans took to the Internet to express their worries and wish the actor well.

The movie “Pirates,” which has ambitions of becoming the Korean equivalent of the Hollywood series “Pirates of the Caribbean,” has a budget of 10 billion won ($9 million).

Actress Son Ye-jin, who also appeared with Kim in “Shark,” will again work with him in “Pirates.”