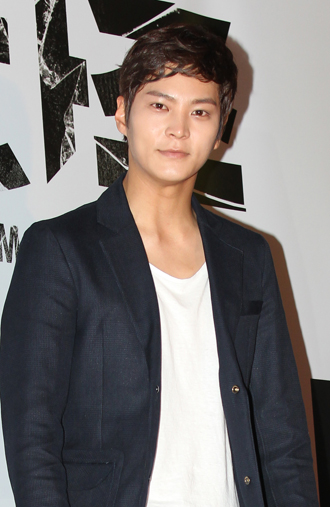 Actor Joo Won, who made his debut in the 2010 KBS hit “Bread, Love and Dreams,” also known as “King of Baking: Kim Tak Goo,” has been opening eyes with his latest drama “Good Doctor,” where he plays an autistic pediatrician.

Joo has been garnering positive reviews, despite worries about how people with mental disabilities are portrayed in the media.

“It was the role all the actors wanted to play,” said Joo at a press conference promoting the drama on Aug. 5. “But I’m still researching the best way to show the character.”

Q. How did you make your autistic character work in the drama?

A. Because the character is not easy, I debated whether to play the role. But I trusted producer Ki Min-su, whom I worked with previously on the KBS drama “Ojakgyo Family.” I often visited centers that treat people with autism for two months before the filming started. I talked to the manager at the center and other experts, and also met many people who have autism. The first day I went to the center one patient asked me, “Hi, are you really Joo Won?” Then I realized I may have had some stereotypes about people with autism.

Why have most of your dramas been for broadcaster KBS?

I think all actors have a broadcasting company that they build ties to. In my case, most of my roles, including my debut “Bread, Love and Dreams,” have been KBS dramas. Because I have done so much work with KBS, I work with the same staff and crew, and that makes me feel more comfortable.

How are you going to position yourself differently from other actors who have previously tackled autism?

Actor Jo Seung-woo did it in the film “Marathon,” and actor Shin Hyun-joon did it for the movie “Barefoot Ki-bong.” Many people think of autism based on how the disorder has been portrayed in the movies. However, the character I’m playing is a doctor, so his condition is not as serious as those previous characters. I have tried to find the right type of condition for my character.

What was most difficult about this role?

When I act, I make my posture more curved and rigid, and I change my voice. It feels like my body is really changing. And that takes a great amount of energy, having to maintain that posture. It is also hard to memorize all the medical terms. I’m constantly getting advice on-site during the filming.

How do you like working with your counterpart, Moon Chae-won?

In the drama, when I have a scene, she wraps up everything. I think we became close due to the characters we play. I have opened up to her faster than anyone I have worked with.