A spoonful of soul

A spoonful of soul 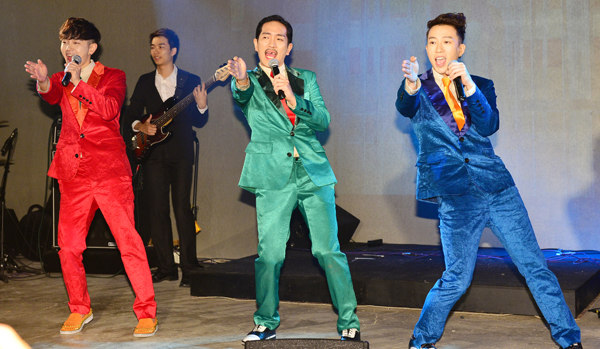 The three members of Honey G - from left, Bae Jae-hyun, Kwon Tae-hyun and Park Ji-yong - performing in a showcase for the band’s debut album at the IFC Mall in Yeouido in Seoul yesterday. Honey G is the first band created through Mnet’s survival audition show “Superstar K.” In season 4 last year, Bae and Kwon were in a group called Honey Brown, but at the advice of the jury they teamed up with Park and rechristened themselves Honey G.[NEWSIS]