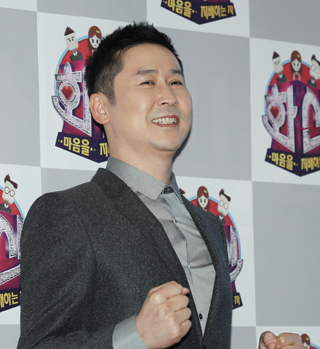 One of Korea’s major entertainment talk shows is going live - at least for one night.

TV station SBS will air “Hwashin - Controller of the Heart” live, without editing, on Tuesday’s episode.

Although news and current affairs programs often go live, it is rare for entertainment shows, which rely heavily on additional visual and audio effects.

The production team says that it trusts the show’s hosts to keep the program interesting without breaking any broadcasting regulations. Comedian Shin Dong-yup, actress Kim Hee-sun, broadcaster Kim Gu-ra and comedian Bong Tae-gyu will all lead the program.

The production team has not unveiled who will be the guests on that live episode, although usually there are three.

With many people expected to tune in hoping to catch mistakes and blunders, SBS has started a poll on its Web site asking netizens to vote for the host who they think will make the most mistakes.