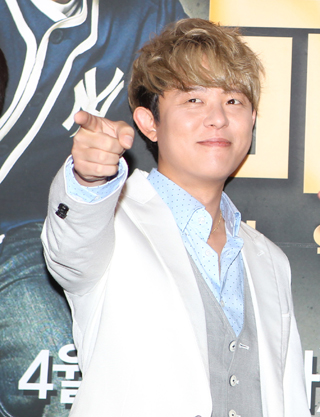 Hosts on the show secretly agreed to say that his girlfriend, Hyeri of girl group Girl’s Day, was going to film the episode with Tony when she really wasn’t.

Tony called out her name and waited for her to come out, but to no avail.

“It’s all happening because he is not thinking rationally because he is in love with Hyeri,” said one of the hosts, Kim Gu-ra. “Tony would have not fallen for such a joke if it was about something else.”

Meanwhile, Tony said that his girlfriend’s agency did not approve of him as her boyfriend after news broke that the couple was dating. The 36-year-old Ahn has been dating the 20-year-old singer since March.

“I was worried because I felt as though the agency did not like me that much,” Tony said. “And I thought it would not have approved [of the relationship].”