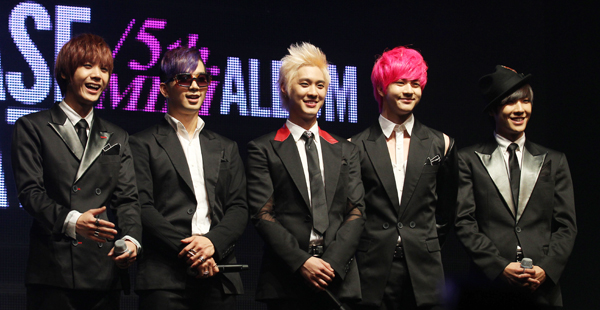 The group held shows in Nagoya, Tokyo and Osaka, performing their biggest hits “Smoky Girl” and “No Love.”

Audience response was especially fervent in Osaka, according to the group’s agency, forcing the band to return to the stage for one additional encore more than usual.

“People heard that the first concert was fun and interesting, so word spread, not only to the group’s fans but also to other K-pop lovers,” said the agency.

It is reportedly said that over 70 media outlets, including NHK, reported on the concert.

There’s not much time for the guys to get their strength back, though. MBlaq has been selected to be honorary ambassadors for the Korea Tourism Organization’s Korea in Motion festival, which will be held at the end of August. By Lee Sun-min