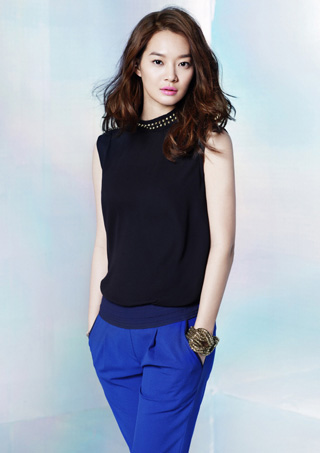 Friday was a big day for casting movie news in Korea.

Actor Park Hae-il, of the film “Boomerang Family,” and actress Shin Min-a, of the SBS drama “My Girlfriend Is a Gumiho,” will work together in the movie “Gyeongju.”

“Gyeongju,” named for the famous historical town in North Gyeongsang, which was the capital of the Silla Dynasty, is the story of a man, played by Park, who travels to Gyeongju, where he meets the owner of a tea house, played by Shin.

It is not the first time the two filmed a movie together. They also starred in the 2009 release “A Million.”

The movie will start filming soon and is scheduled to be released in the first half of next year.

Meanwhile, actress Kim Hee-sun, who is currently hosting the SBS talk show “Hwashin - Controller of the Heart,” has been cast as the lead character in the movie “Votox.”

The movie is based on a Web cartoon with the same title, which ran from 2009 to 2011. Lee Joon of the boy group MBlaq has also been cast in the movie.