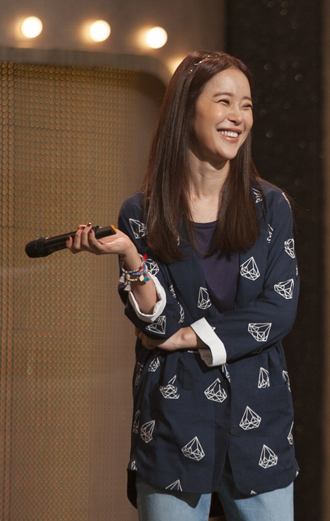 Singer Baek Ji-young is gearing up to return to the music scene for the first time since she got married in June to actor Jung Suk-won.

Yesterday, she kicked off her comeback by singing the theme song to the new KBS drama “Good Doctor.”

The drama’s song, titled “I Just Keep on Crying,” is a ballad with limited instrumentation, which helps Baek’s voice stand out.

The song will be released as a single by local music distributors today.

Many industry experts predict the drama song will be a good way for Baek to resume her music career, as she has long been considered a leading sound track singer.

Baek also sang “That Woman” for the SBS drama “Secret Garden,” which starred actress Ha Ji-won and actor Hyun Bin, as well as “Don’t Forget” for the KBS drama “Iris.”

Since Baek’s wedding, which was soon followed by a miscarriage, she has refrained from making public appearances.