Honey Lee says no to plastic surgery on dimple

Honey Lee says no to plastic surgery on dimple 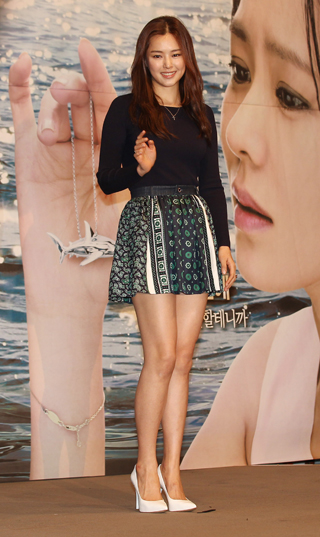 Actress Honey Lee of the MBC drama “Pasta” said that she was asked to get plastic surgery done on her dimple on SBS’s radio show “Jang Ki-ha’s Amazing Radio” on Monday.

“I think I would like it after I grow up,” she said when asked if she would like the plastic surgery work by several surgeons.

Lee’s fans have pointed out that her dimples are her trademark.

“But because the two are asymmetrical, many people thought they looked weird shortly after I made my debut,” Lee said.

Lee said she received calls from many plastic surgeons offering her services to make her dimples look more symmetrical because one looks as though she has a scar on her face.

“But I felt like I should like myself the way I look naturally,” said Lee. “I’ve decided that I won’t look any prettier by getting rid of the dimple.”