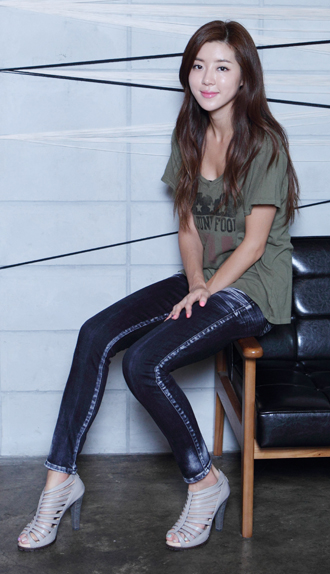 Actress Park Han-byul expressed confusion over recent reports saying she broke up with singer Se7en and started a new relationship with baseball player Ryu Hyun-jin of the Los Angeles Dodgers.

“The break-up rumors are confusing because I’m still in a relationship, and the excessive concern over the relationship [from the public and the media] is uncomfortable,” said Park, according to local media.

Park said she is still dating the singer.

Park has shown strong trust in Se7en and said “the truth will be revealed,” when he was caught visiting a massage parlor late at night in June.

“Park is cool and loyal,” said Park’s acquaintance in the reports. “They have been together for a long time. When the incident occurred, she had no choice but to stay silent over the questions [regarding Se7en].”

Park’s agency also confirmed that the relationship between the two has not ended and Park is not dating Ryu.

“It is not true that the couple broke up,” said an official at Park’s agency. “We were cautious on stating opinions until now, but we had to say something because of the rumors that she’s dating Ryu.”

He added, “The rumor came from nowhere, and she never met Ryu.”

Meanwhile, Park is taking some time off in Korea and concentrating on her next movie.