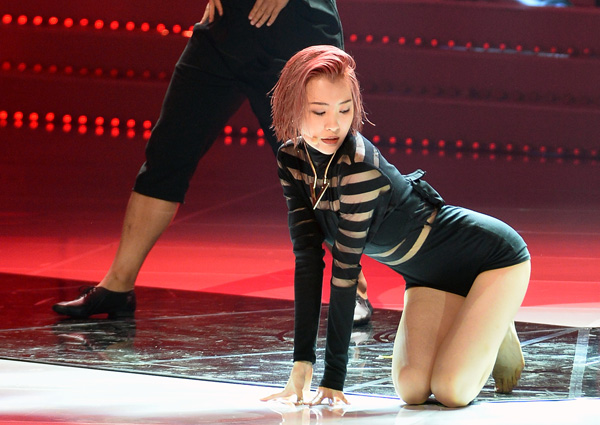 She came on stage wearing a black striped garment with her short pink-colored hair.

The song, which she performed barefoot, tells of a woman excited and nervous about her initial feelings for a man after she finds herself falling in love with him.

She has been promoting her first solo EP “24 Hours,” which has topped local music charts soon after its release on Aug. 26.

Meanwhile, the awards ceremony she participated in was started in 1973 in order to encourage officials in the broadcasting industry to make better and creative TV programs.