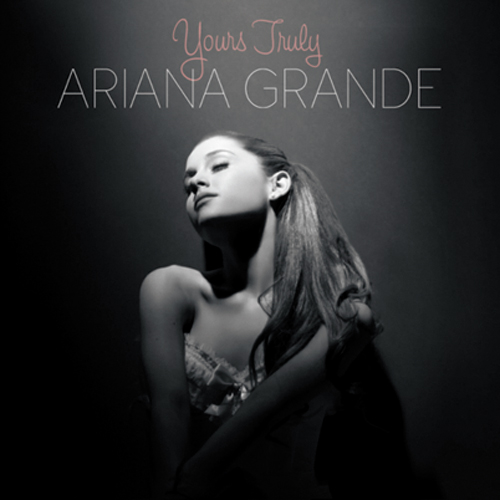 While Miley Cyrus is being a wild child to demonstrate she is growing up, Ariana Grande is letting her music do all the talking.

The 20-year-old singer-actress, one of the stars of Nickelodeon’s “Victorious,” is in near-perfect form on her debut, mainly thanks to her Mariah Carey-esque vocals and songs written by Kenneth “Babyface” Edmonds.

“Yours Truly” kicks off with the R&B-flavored “Honeymoon Avenue.” It’s dreamy, velvety and warm, and backed with shoo-be-doos and violins. It sounds as good as a Justin Timberlake intro.

Her breakthrough comes at a time when other former Disney-Nickelodeon stars have pop hits - Cyrus and Selena Gomez are following the Rihanna track with “We Can’t Stop” and “Come & Get It,” while Demi Lovato’s latest sound mirrors Kelly Clarkson. But Grande is looking back to a ’90s R&B-pop feel on her debut - and her formula works better than the others. “Almost Is Never Enough,” a duet with The Wanted’s best vocalist, Nathan Sykes, sounds classic and the Big Sean-assisted “Right There,” could easily be a No. 1 hit.