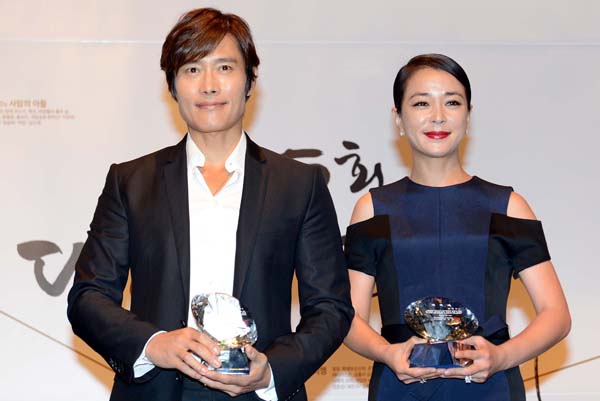 Actors Lee Byung-hun and Cho Min-soo being introduced as honorary ambassadors for the 50th Daejong (Grand Bell) Film Awards at a press conference yesterday in the Grand Hyatt Hotel, Hannam-dong, central Seoul. The two were chosen for their strong international standing - Lee has starred in such Hollywood films as “Red 2” and the “G.I. Joe” film series, while Cho was featured in award-winning movie “Pieta.” [NEWSIS]