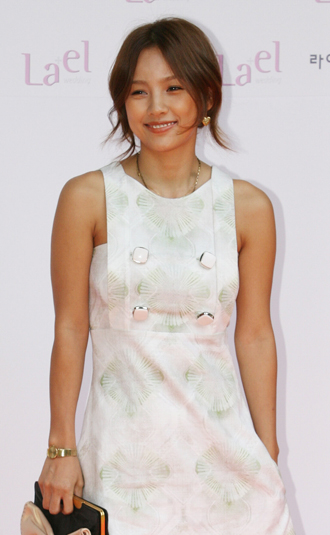 Singer Lee Hyo-ri appeared on radio for the first time since her wedding last week.

On the MBC radio show “Noon’s Hope Song, This is Kim Shin-young” yesterday, Lee was connected on the phone while girl group Spica was featured as a guest on the program.

“I thought that things would be different after I got married, but it’s very similar,” she said. “Many have said it will be different, but I’m not feeling it yet.”

Host Kim Shin-young cited a story heard by one of the audience members that newly married wives get annoyed by their husbands who want to overthrow dining tables when their eyes meet, and proceeded to ask Lee how she was doing.

Lee wittingly responded that her husband would never do that because he’s the one who sets up the dining table.

Lee said she has been mentoring the group before the release of its third EP “Tonight” last month.