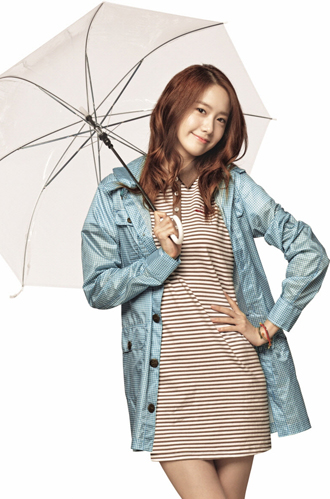 Yoona of K-pop group Girls’ Generation may expand her acting resume by taking the lead role in a new TV drama on KBS, slated to begin in December, according to yesterday’s local media reports.

Tentatively titled “The Prime Minister and I,” the series is being called a Korean “Sound of Music,” depicting a young governess who comes to the prime minister’s house to work.

If Yoona accepts the offer, she will be playing the governess. The prime minister will reportedly be played by Lee Beom-soo of KBS drama “Iris 2.”

Due to the age gap between the two lead characters, many industry observers are curious about how producers will handle this story. Lee was born in 1970 while Yoona was born in 1990.

However, Yoona’s agency, SM Entertainment, is reportedly being cautious about commenting on the offer.

“Although it is true that Yoona was offered the role, nothing has been confirmed yet,” said an official at the agency, according to local reports.

“We need to conclusively check Yoona’s personal arrangements, as well as the schedule for Girls’ Generation, before making a decision.”