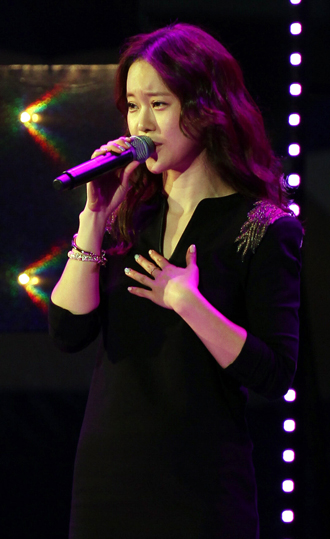 Singer Baek Ji-young will be a guest performer on singer Moon Myung-jin’s first ever solo concert.

Baek will perform at Moon’s two “Soul 4 Life,” concerts at Kepco Art Center in Yangjae, southern Seoul, starting Oct. 18. Her guest appearance is her way of thanking Moon for performing at her wedding in June.

Even though Moon has been a professional musician for 13 years, he has never had his own concert until now.

But Moon started garnering wider recognition from the public after he started performing on the KBS entertainment show “Immortal Songs” in April.

Prior to his concert, he will release a new digital EP early next month.