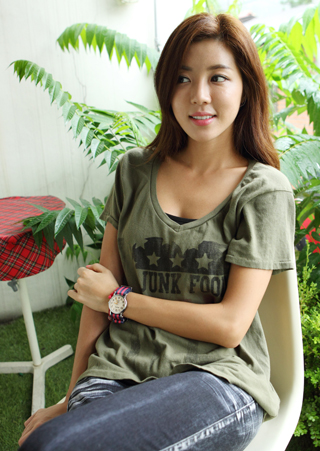 Actress Park Han-byul, who had been embroiled in a breakup rumor with her boyfriend Se7en, will focus on developing her acting career by taking on a new role in an upcoming drama.

According to her agency yesterday, she has been reviewing plans to work on a SBS daily drama, tentatively named “A Well-Raised Daughter.”

“We have not yet filed a contract, but the discussion is going well,” said an official at her agency, according to local media reports.

If she confirms, she will be playing a character named Jang Ha-na, the fourth-oldest daughter who acts like a son to the family.

Park is expected to change her image, which has been more feminine.

The new drama is slated to go on air in November.