Musical relics from 1893 expo in U.S. to take stage

Musical relics from 1893 expo in U.S. to take stage 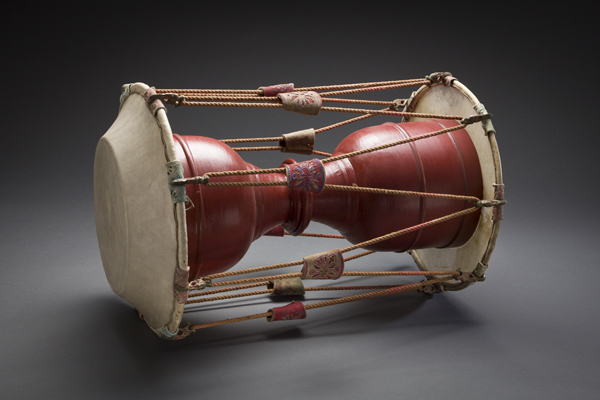 The drum that came back to Korea after 120 years. Provided by the National Gugak Center

In 1893, Korea took part in an international exposition for the first time.

The venue was the World’s Columbian Exposition in Chicago, held to celebrate the 400th anniversary of Christopher Columbus’ voyage to the New World.

Now, there is a chance to see some of the artifacts that were displayed there in the heart of Seoul.

The National Gugak Center in Seocho-dong, southern Seoul, said recently that eight of the 10 musical instruments that were displayed in Chicago 120 years ago will be shown at the exhibition dubbed “Musical Instruments of Joseon in America” at the National Museum of Korea between Oct. 1 and Dec. 1.

“The eight musical instruments are artifacts with high aesthetic values as well as royal dignity,” Lee Seung-jae, the center’s public relations official, said. “Through the artifacts at the Chicago World Exposition, King Gojong (1852-1919) wanted the international community to know that Korea is a sovereign state and also to experience Joseon’s colorful culture.”

Currently, the eight instruments are in possession of the Peabody Essex Museum in Massachusetts.

The exhibition, which consists of three parts, displays 29 other relics about musical instruments at the royal court of the Joseon Dynasty (1392-1910), as well. They include Daeakhubo, a work of music that includes songs of different eras and is National Treasure No. 1291; paintings of musical concerts by legendary painters Kim Hong-do (1745-1806) and Shin Yun-bok (born 1758); as well as a folding screen depicting the royal ceremony that celebrated the 40th anniversary of Gojong’s rule.

The exhibition is the latest in a series of exhibitions that the National Gugak Center has been holding with a goal to introduce gugak (traditional Korean music) relics abroad to the Korean people.