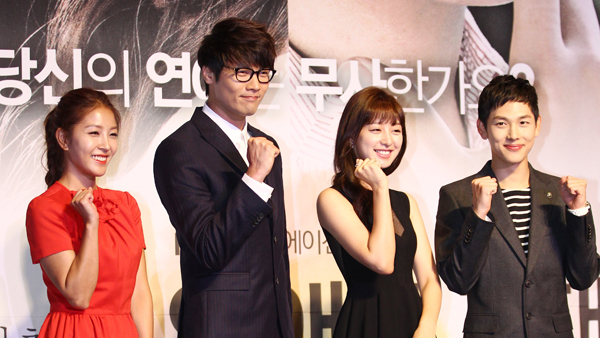 KBS drama “Expect Romance,” which stars BoA, was aired once again on TV.

The drama, which aired for the first time last month, was not part of the regularly scheduled program, but was made as a pilot to see if it would have the chance to be scheduled as a regular show.

Due to favorable comments the production team received after airing two episodes, the channel decided to show the same drama again.

It is rare for a non-regular program to be aired more than once.

The drama tells a story of a woman who never succeeds in being in a long-term relationship and seeks a professional’s help.