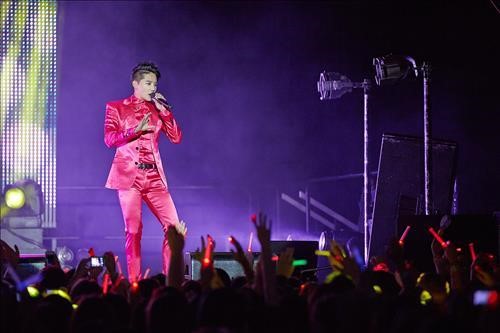 Xia Junsu of the K-pop trio JYJ is gearing up to perform for his fans in Japan at a concert.

According to his agency, CJeS Entertainment, he has already left Korea to start practicing in Japan.

Junsu will stay there for about two weeks and will hold shows for around 60,000 fans.

Although his arrival in Japan was unannounced, around 200 fans welcomed him at Haneda Airport on Thursday.

“As Xia Junsu is known for his fantastic live performance and his dance moves, many fans care much about the singer,” said an official at the agency according to local media reports.

“The singer also decided to perform some Japanese songs at the concerts for the fans there.”

The tour, titled “Xia Second Asia Tour Concert,” will include six performances in Nagoya and Yokohama.