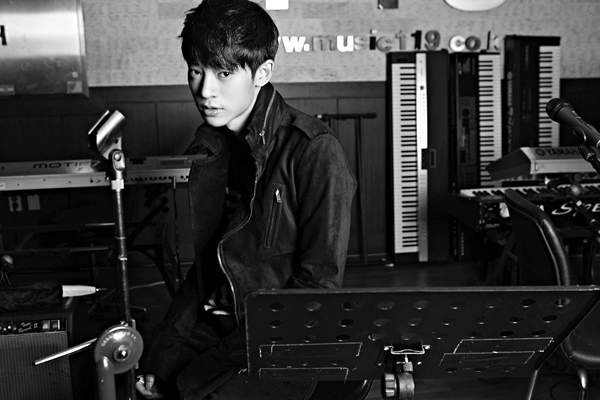 Jung Joon-young, a former contestant on the survival audition program “Superstar K4” on cable channel Mnet, announced yesterday that he was finally ready to make his debut as a professional singer.

During a showcase held to promote his first mini-album, featuring six rock songs, Jung said his experience on the audition program helped him prepare to become a performing artist.

“Competing in the auditions is good because it shows you can take a big challenge,” he said.

“The longer you survive, the more passionate you become, and the more you perform on stage the better experience you get.”

He also added that he became more courageous after taking part in the audition program, and eventually he grew less nervous about being on stage.

But he also shared some difficulties he suffered through during the competition.

“It was so hard to bear living in a dorm together [with the other competitors], as I was not being able to have alcoholic beverages,” he said.

“It was a good time, and I recall those times fondly now. But, back then, it was too hard.”