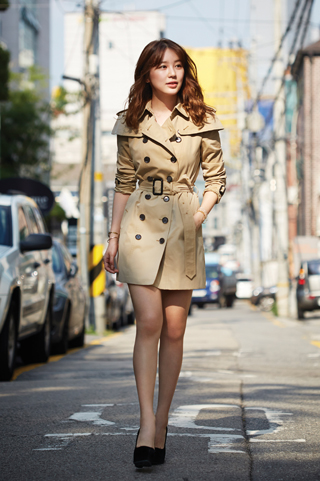 Actress Yoon Eun-hye of the MBC drama “Missing You” is coming back to the small screen to act as a cheerful character in a romantic comedy.

Although she has established her name as a veteran actress in the romantic-comedy genre based on her previous roles in various dramas, including “The 1st Shop of Coffee Prince” and “Princess Hours,” she said it felt burdensome to play a sparkly character after playing a more emotional and darker character in her previous drama, “Missing You.”

She will be playing a part-time call center employee for a local conglomerate who has to deal with bad consumers.