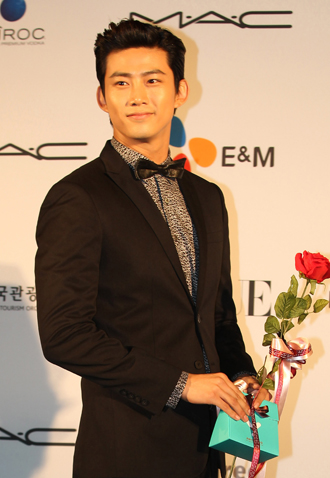 Ok Taecyeon of the K-pop group 2PM is under consideration for a role in a new KBS drama, tentatively named “Very Good Times,” according to local media reports yesterday.

Although no decision has been made yet, KBS and Ok’s agency, JYP Entertainment, are reportedly in talks.

The drama will be a comeback for writer Lee Kyung-hee, who rose to fame with 2004’s “I’m Sorry I Love You” and had a big hit with last year’s “The Innocent Man,” which starred Song Joong-ki.

The new drama, about a household where three generations live, will air on weekends; the first time in 14 years Lee has tackled a weekend program.

As the drama won’t begin to air until February or March, KBS said that it has not finalized the cast yet.

Ok looks to be a busy star having just launched a new company dedicated to promoting his new character, a cute green cat named Ok Cat. Ok Cat will be used for an array of merchandise, such as plush toys and phone accessories.