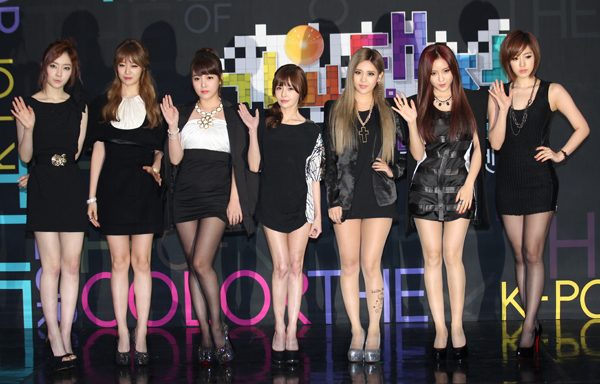 Once upon a time, fans used to bring gifts to the taping of programs that featured their favorite stars, hoping the small bribe would help get them a seat in the audience. Today, however, the situation seems to have reversed, as stars prepare gifts for their fans to thank them for their support and time.

Case in point: girl group T-ara, who brought enough tteokboki, or spicy rice cakes, to serve 300 people lining up for a TV taping at SBS early Sunday morning. According to local reports, the thank-you snack wasn’t even paid for by T-ara’s management; rather, the group paid for the food themselves.

“We wanted to do something for fans who had to wait for a long time,” the group said.

“We prepared enough so that fans waiting for other celebrities could also eat the food.”

And T-ara wasn’t the only group.

Boy band My Name prepared cushions for fans, to spare them from sitting on the cold ground. “Be comfortable while you wait, we love you,” the group said on its Twitter on Sunday.