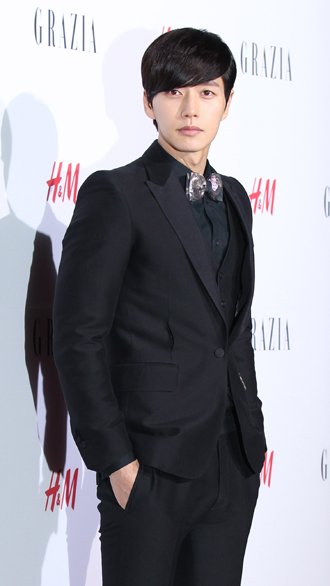 Actor Park Hae-jin, who garnered public recognition through his part in KBS drama “My Daughter Seo-young,” has officially confirmed his role in coming SBS drama “Man from the Stars.”

“Man from the Stars” has been much talked about ever since rumors surfaced that Jun Ji-hyun of the films “My Sassy Girl” and, more recently, “The Berlin File,” and Kim Soo-hyun of MBC drama “The Moon Embracing the Sun” were set to play a couple in the drama.

Park will perform as Lee Jae-kyeong, brother to the fiancé of Cheon Song-i, played by Jun. Park’s will play a crucial role in matchmaking the characters played by Jun and Kim.

“Park has felt compelled by the charm of the character he is to play, and he also has a firm belief in the drama over all,” said Park’s agency, WM Company, according to local media reports.