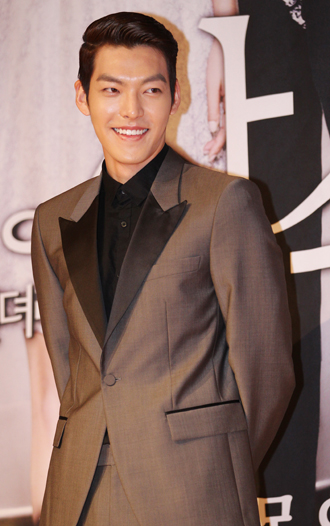 Actor Kim Woo-bin, of the SBS drama “The Inheritors,” explained to the press yesterday about why he decided to take part in the movie “Friend 2,” a sequel to the iconic hit “Friend” in 2001.

“When I heard that the movie was being developed I was so excited that I wanted to go for an audition, and then my manager brought the script to me,” said Kim at a promotion for the film at a Lotte Cinema in Jayang-dong, eastern Seoul.

“I just looked at the title and then decided to do it without reading through the scenario. Then later on I got to read the script, and I liked it so much I could have collapsed.”

The original “Friend” ended with the death of the lead character Dongsu, played by the very popular actor Jang Dong-gun.

The sequel, once again directed by Kwak Kyung-taek, is scheduled to open next month.