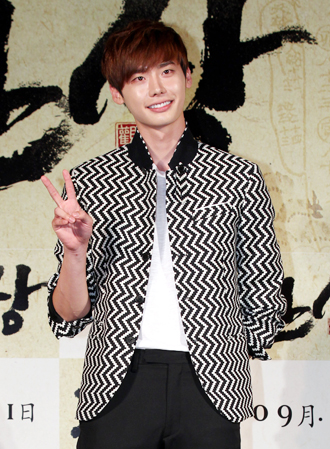 Actor Lee Jong-suk, of the SBS drama “I Hear Your Voice” and the movie “Face Reader,” said that he gets inspired as an actor when he monitors how other actors in their 20s are doing.

“They have lived about the same amount of time [as me], but they are so different in how they express things,” he said in an interview with fashion magazine @Star1. In the November edition, released yesterday, he shared how he tries to improve himself as an actor.

However, he said that he doesn’t get competitive, even when he thinks that others may be better at acting that he is.

“I quickly admit if there is anything that I need to admit, rather than thinking that I can do better than that person,” he said.