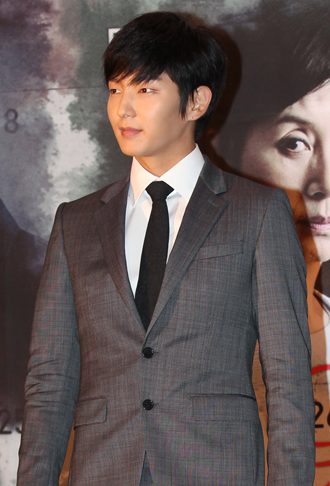 After actor Lee Joon-gi, who rose to fame through the movie “The King and the Clown” in 2005, said he was depressed for a while, his agency tried to explain that it was not anything serious.

In a recent interview, Lee said that during his two weeks off, it was hard for him to get by every day, and he got too depressed to stay at home after he had finished filming the MBC drama “Two Weeks.”

“I felt like I was just left alone rather than [relaxed] at home,” he said.

“I had lived in a character for the past couple months, and I had loved the drama so much. I was sad to let go of the drama, and I was emotionally exhausted.”

The agency said Friday that Lee’s condition is not too serious, so fans don’t need to worry too much.

“He must be feeling empty because he still lives within the character,” the agency said.

The agency added, “He will take a break and come back in a new work.”