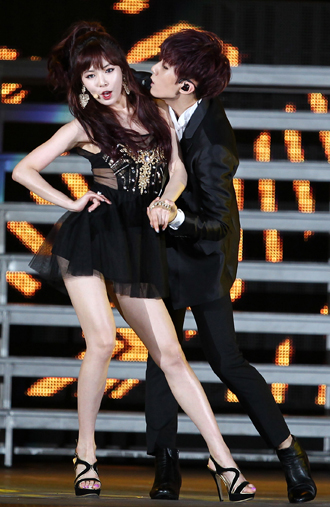 Trouble Maker, a duo made up of girl group 4Minute’s HyunA and Hyunseung of boy group Beast, will release a new EP for the first time in almost two years.

The unit group previously gained much popularity with the song of the same title as their group name in 2011.

While their mini-album is scheduled for launch on Oct. 31, the agency representing the duo says they will also release an adult version of the album.

“After a long deliberation, we have decided on an adult-only version album that will show something exuding the sexy charm the group has previously shown,” an official at Cube Entertainment was quoted as saying.

In this R-rated album, the agency plans to include some images that are highly provocative.

Although the date for the adult version has not yet been confirmed, the agency plans on releasing it roughly two weeks after the original album, which will be available next week.