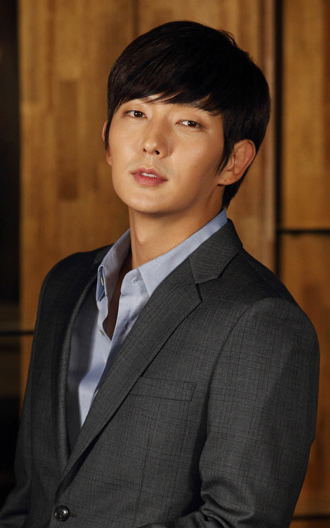 Actor Lee Joon-gi, who rose to stardom in the 2005 film “The King and the Clown,” is taking some time off from filming to meet fans, both in Korea and overseas. But rather than the usual fan meeting, Lee is planning on more of a concert kind of event, with singing and dancing.

Titled “Lee Joon-gi Asia Tour JG Night,” the tour will start in Seoul on Dec. 14 before moving to China for two dates: Beijing on Jan. 4 and Shanghai on Jan. 11. After that, Lee heads to Japan for a fan meeting in Nagoya on Jan. 27, Osaka on Jan. 28 and Yokohama on Jan. 30.

“I’m always thankful for the love from my fans, and I’m so delighted that I will have a chance to meet with such a large number of fans overseas,” he said.

His agency added that although he has been offered to play many roles, Lee is planning on taking a break to recharge.

Actress Han Ye-seul, of the 2006 TV drama “Couple or Trouble,” is rumored to be making a comeback in another drama, tentatively named “Shooting Stars.”

The drama, which is being produced by a private company, is reportedly scheduled to air on a local terrestrial channel early next year.

Han is being considered for the lead character role.

However, the drama production company is being cautious about commenting because nothing has been finalized yet.

“The drama is being prepared, but it does not even have a schedule for an air date,” said one official at the company, according to local media reports.

Han has been away from local TV since she left for the United States during the filming of the KBS drama “Spy Myeongwol” in 2011.

She left in the middle of filming, complaining that the production schedule was too difficult.

Since then, although she has been offered some roles, she has not made any official appearances in TV dramas or movies.

Girl group T-ara has decided to hold another autograph session for its fans this weekend, after its signing event last weekend drew too many people, forcing many to go home empty-handed.

The new signing with be held on Sunday at 6:30 p.m. at the IFC Mall, Yeouido, western Seoul.

The group has been promoting its most recent mini-album, “Again,” which was released earlier this month.

Meanwhile, the group also announced that they have a new mini-album on the way. Among the songs on it will be a remake of the Sand Pebbles 1997 hit “What About Me.” It’s a return to a retro sound for T-ara, after the group’s success with “Roly Poly.”