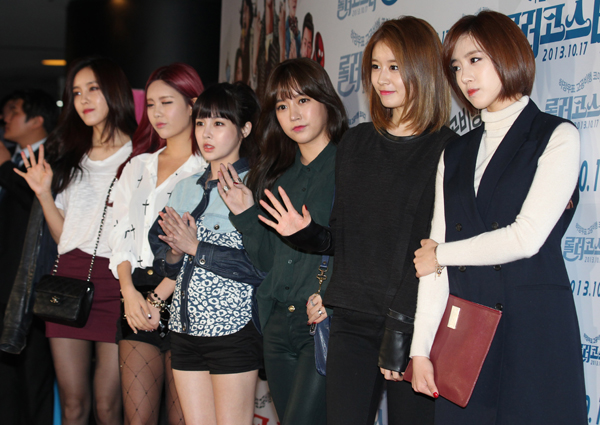 Girl group T-ara has decided to hold another autograph session for its fans this weekend, after its signing event last weekend drew too many people, forcing many to go home empty-handed.

The new signing with be held on Sunday at 6:30 p.m. at the IFC Mall, Yeouido, western Seoul.

The group has been promoting its most recent mini-album, “Again,” which was released earlier this month.

Meanwhile, the group also announced that they have a new mini-album on the way. Among the songs on it will be a remake of the Sand Pebbles 1997 hit “What About Me.” It’s a return to a retro sound for T-ara, after the group’s success with “Roly Poly.”