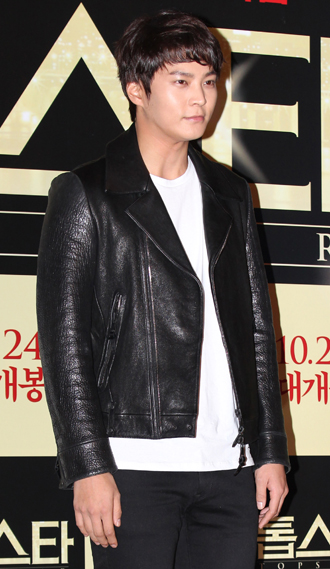 Actor Joo Won of the recently ended KBS drama “Good Doctor” is looking to make an appearance in a movie.

He is reviewing offers to play a lead role in “Fashion King,” which was produced as a TV drama last year. The drama, inspired by the Web toon of the same title, featured actor Yoo Ah-in and actress Shin Se-kyung.

“Fashion King” tells the story of a man finding his passion for fashion while he is trying to impress a popular girl at his school.

It is said that the screenplay of the movie has been completed, and the production company plans on releasing the film in April.

However, Joo is being cautious about taking the new role as he is rehearsing for a musical, “Ghost,” which is set to start its six-month run.

It begins on Nov. 24 at D-Cube Arts Center in Guro, southwestern Seoul.

Joo’s agency has reportedly said that the star will decide on his next project sometime near the end of this year as he will be focusing on the musical.

If he decides not to take the role in the new movie, fans will still get to meet him through the big screen soon. “Catch Me,” another film he starred in, has completed filming and will be released at local theaters soon.