2AM back with a new mini-album

2AM back with a new mini-album 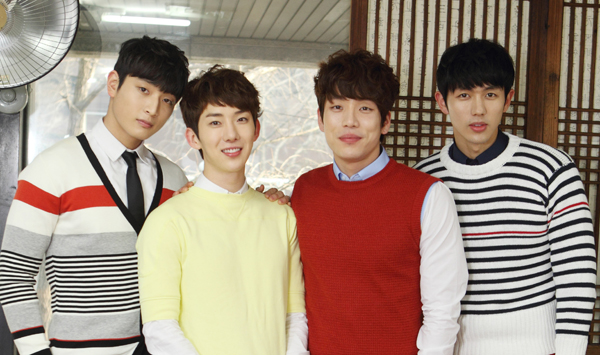 It has been just eight months since the boy group 2AM released “One Spring Day,” its second full-length album, but already they have a new record on the way.

There’s no name for the mini-album, which will come out in November, however the group’s management did say it would have reference to a “nocturne,” a 19th-century piano piece. The group’s coming concerts in December at Olympic Park in southern Seoul is also titled “Nocturne.”

Just how the group will promote their new EP is unknown at the moment, as Jung Jin-woon is still recovering from an ankle injury he suffered in a car accident earlier this month. Although Jung is not able to perform on stage at the moment, he is still participating on some entertainment shows. He appeared as a guest on the MBC talk show “World Changing Quiz Show” on Saturday, along with other members of 2AM.