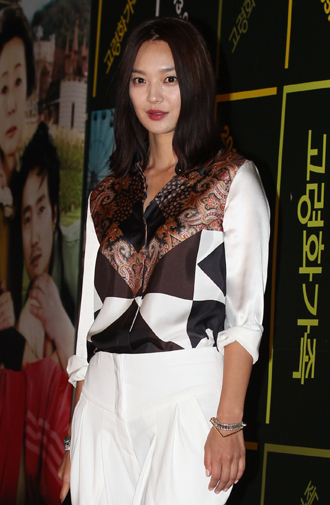 Actress Shin Min-a of the SBS drama “My Girlfriend Is a Nine-tailed Fox” and actor Jo Jung-suk of the KBS drama “You’re the Best, Lee Soon Shin” are being considered as leads for a remake of the 1990 movie “My Love, My Bride.”

The original film, which starred the late actress Choi Jin-sil and actor Park Joong-hoon, when both were extremely popular, is about a couple struggling to make their marriage work and understand what love really is.

Shin, who recently completed filming for a movie tentatively named “Gyeongju,” has been looking for her next project.

Her agency confirmed she received the offer to play the role, but she is still browsing other options as well, according to local media reports.

Jo’s agency also declined to comment on whether the actor had decided to join the remake as he is currently filming another movie, “The King’s Wrath.”

It said that Jo is interested in revisiting Park’s iconic role and will decide as early as early next month.