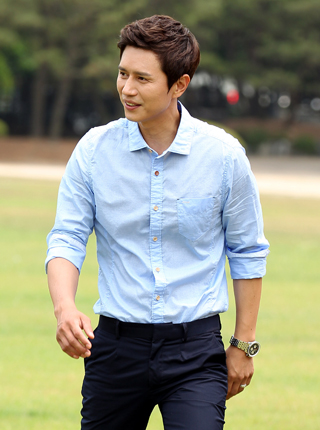 Singer and actor Kim Min-jong, while on the SBS talk show “Healing Camp” on Monday, said that he grew up in a home with serious financial problems after his father made several bad investments in the movie business.

After several years of enjoying the good life, Kim said his family had to move to a basement apartment in Sinsa, southern Seoul. His mom ran a small restaurant to support the family.

“I wanted to rebel and sometimes want to give up, but whenever I was about to do that I thought about my mom and decided I could never waver,” he said.

Kim also revealed that he started his career in the entertainment industry in a very straightforward way - he just visited movie production companies and asked for a job.

“I just felt I needed to go there,” he recalled.

It was a strange approach, but it helped him land a role in “Don Quixote on Asphalt” in 1988. He then rose to stardom after he starred in Kang Woo-suk’s “Happiness Does Not Come in Grades” the following year.