IU could be joining ‘Hidden Singer’

IU could be joining ‘Hidden Singer’ 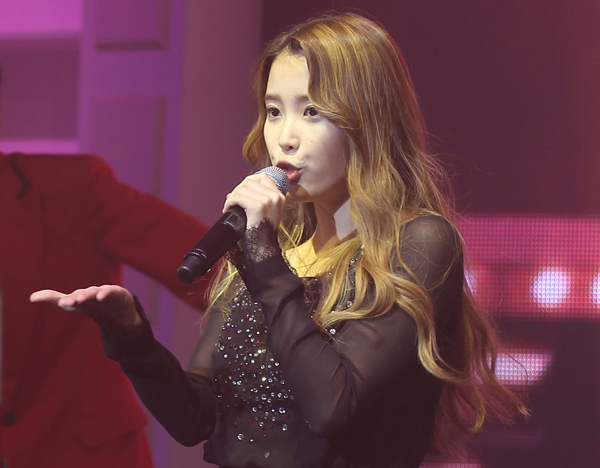 She will be the youngest singer on the show, which features a professional singer squaring off against talented amateurs from behind a screen. The audience listens to the songs but cannot see who is singing, then must guess who the real singer is.

“It has been not easy for IU to decide to take part in the show, as she had a hard time rearranging her filming schedules for the KBS drama ‘Beautiful Man,’” producer Jo Seung-wook said yesterday.

“The filming will happen some time next week and we have not decided when the program is going to air,” he added.

The producers of “Hidden Singer” have reportedly had their eye on the popular singer for some time, and have been looking widely to find singers who can imitate her distinctive style.

“It is expected that she will add some different character to her episode,” the producer said.