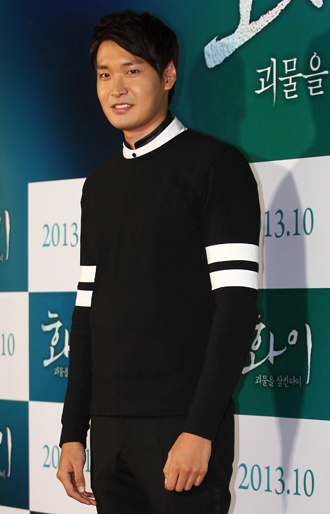 Actor Jung Gyu-woon, of the SBS drama “Wonderful Mama,” is getting married next year, reportedly to a girlfriend who is one year older.

The couple has been dating since 2011, and Jung has acknowledged his fiancee is not a celebrity. It is said that the parents of the couple recently met and set April 5 as the date for the wedding. The ceremony will be held at a wedding hall in Gangnam, southern Seoul, but no other details have been confirmed.

About three months ago, Jung appeared on the KBS program “Entertainment Weekly” and said he is ready to get married and wants to have a daughter and a son. By Lee Sun-min