‘Where You Going’ gets new direction

‘Where You Going’ gets new direction 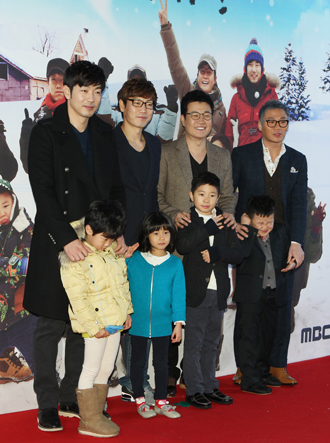 The family entertainment show “Dad, Where Are You Going?”

The family entertainment show “Dad, Where Are You Going?” is going to launch a second season of the show, but with a changed cast.

Broadcaster MBC has been contacting various celebrities with children to see if they are interested in taking part in the weekly program.

“Dad” features celebrity fathers taking their children on trips to the nearby countryside - a seemingly normal activity, but for many overworked celebrities, it can be a rare indulgence.

However, the broadcaster for now is saying that nothing has been confirmed yet.

“Because we cannot keep using the same cast forever, we need some new faces, but there are too many reports, just speculations about the program,” a producer told the local media yesterday.

The program, which started in January, sent its current cast overseas for the first time, to spend some time in New Zealand. They are due back next week.