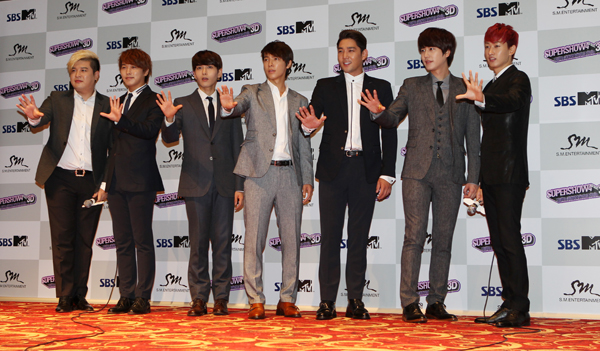 The tour, which began in Seoul in March, has already taken the idols to 14 cities, including Sao Paulo, Buenos Aires, Santiago, Lima, Jakarta, Singapore, Tokyo, Bangkok, Taiwan and Shanghai.

Mexico City is up first, with a concert on Thursday in Mexico City Arena, followed by a performance on Saturday at Wembley Arena in London, the Korean media reported yesterday.

Super Junior has already set many records with its popular concerts around the world. The four “Super Show 5” concerts in South America were the largest tour of the continent by a K-pop group, playing to about 40,000 fans. And the group’s 2011 concert in Paris was the first major K-pop concert held in France.