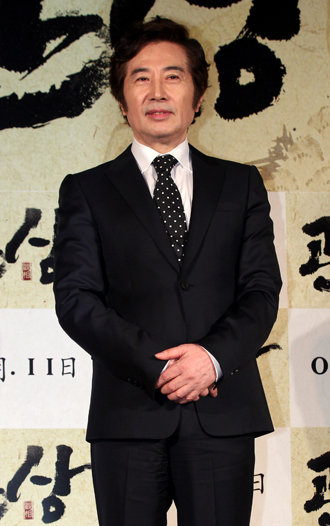 Actor Baek Yoon-shik has filed a lawsuit against his former girlfriend on Tuesday, claiming she defamed him and spread lies about him, and is asking for 200 million won ($188,000) in compensation.

The woman, who has only been identified as a reporter at a local terrestrial channel who is 30 years younger than Baek, went public last month, telling the media that Baek has been dating another woman for 20 years. She also claimed she was abused and threatened by Baek’s sons.

The reporter’s relationship with Baek was only made public in September, but soon after she called for a press conference, threatening to tell “the truth about Baek Yoon-shik.” That press conference was canceled, but her charges soon leaked to the media anyway.

The scandal seemed to die down after the reporter overdosed on sleeping pills later in October, sending her to the hospital. But now a looming court case is returning the scandal to the spotlight.