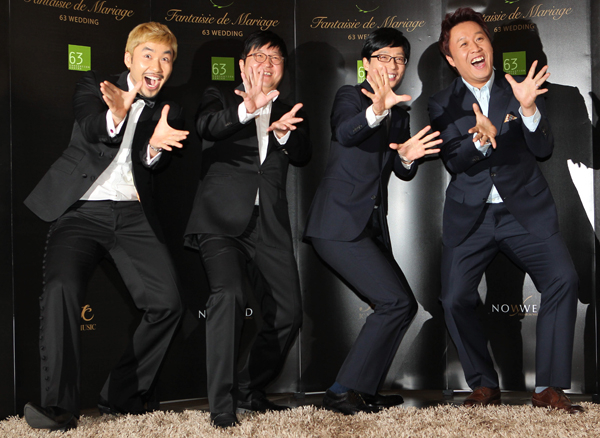 “Infinite Challenge,” an entertainment show that airs on MBC, has been the most popular program in Korea over the past nine months, Korea Gallup said yesterday.

In a survey of 1,124 people over the age of 19 made over four days last week, 10.3 percent of people said that their favorite program is “Infinite Challenge.”

The survey differs from ratings because “it shows what programs people prefer to watch based on their personal emotions, regardless of air time, where they watch or what channels they usually watch,” said Gallup.

The entertainment show has topped the Gallup survey continually from March to November. In February, the KBS drama “My Daughter Seo Young” was the most popular program. Gallup began tracking program popularity in January.

In the most recent survey, MBC also had the No. 2 result: the drama “Princess Aurora.” Cable channel tvN’s drama “Respond, 1994” came in third.