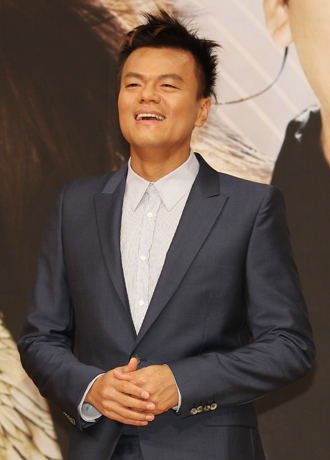 Singer and producer Park Jin-young, the founder of JYP Entertainment, is the latest big name to join “Hidden Singer,” an entertainment program on cable channel JTBC.

The program invites one celebrity singer and several amateurs who can sing in the style of the professional, then has them all sing while hidden behind a curtain. The audience must then guess who is the real singer. Many top singers, including Shin Seung-hoon, Jo Sung-mo, Kim Bum-soo and more recently IU, have competed on the show, which airs every Saturday.