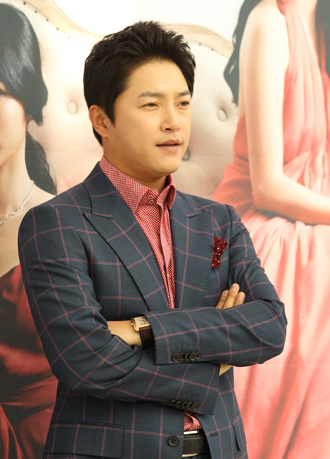 Actor Ahn Jae-mo - best known for playing Kim Doo-han, the gangster-turned-politician in the historical drama “Rustic Period” - revealed a shocking event from his past, which also happened to involve gangsters.

On Saturday during the SBS radio show “Cultwo Show,” Ahn said that he was once kidnapped by gangsters in Mongolia.

The 34-year-old actor has made multiple visits to Mongolia because of the drama’s popularity. Three years ago on his way to a show there, Ahn claimed his car was hijacked by Mongolian mobsters. “I had to go to a show, but they wouldn’t let me go for four hours,” Ahn said on air.

The Korean actor said he was threatened by the mob leader, who wanted Ahn to marry his daughter. But before any nuptials took place, the gangsters released him.

“Thankfully, an owner of a Korean restaurant called the police,” he said.

Ahn is currently starring in the musical “Friends,” based on the hit movie “Friend” (2001) that starred Jang Dong-gun. Like the drama that boosted his career, the musical is also about a group of gangsters who are former schoolmates. The musical opened on Friday in Busan. Lee Chang-min of 2AM also performs in the show alongside Ahn.