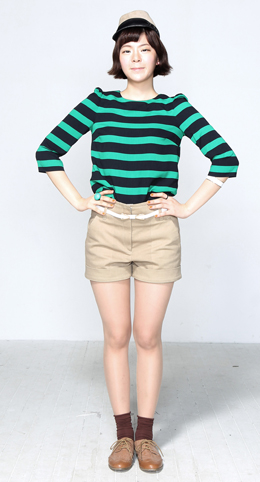 Singer Jang Jae-in has decided to work with singer and music producer Yoon Jong-shin once again after being coached by her during the survival audition program “Superstar K2” on cable channel Mnet in 2010.

Jang has signed a management contract with Mystic 89, whose chief producer is Yoon.

The agency has signed many talented singers, including Kim Ye-rim of the boy-girl duo Togewol and Park Ji-yoon.

It has been said that Jang’s decision to join the agency has once again confirmed that Mystic 89 attracts artists who have a clear music preference.

After Kim Ye-rim gained fame through her song “All Right” and Park Ji-yoon with her comeback song “Mr. Lee” this year, many fans are now waiting to see what type of music Jang is going to produce with Yoon.

“There is no singer-songwriter like Jang in Korea as she is unique, and that is why we have concluded that she will go well with Mystic 89,” said an official who signed the contract with the artist.

Jang is aiming to release a new album next year.