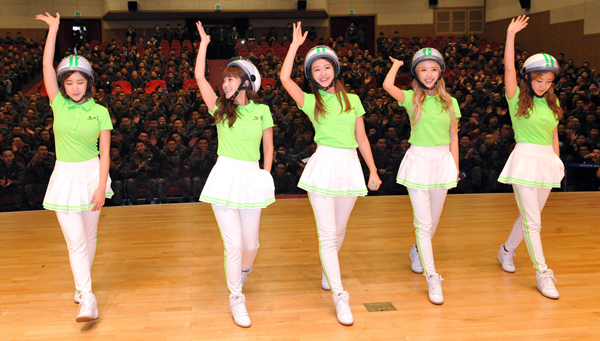 Crayon Pop has been embroiled in a debate whether its new song “Lonely Christmas” has been plagiarized.

A local Japanese media outlet first reported on the allegation over the song after many of Japanese netizens raised the accusation.

They allege that the first part of the new song is the same as the prelude from a famous Japanese cartoon called “Lupin III.”

Composer Kim Yu-min, who has made the group’s previous hit song “Bar Bar Bar," said that he had not heard about the song until such allegations were made. He argued that the song is purely his creation, and the song may sound similar as both are based on the same music genre.

“I can’t practically compare all the songs out there with my own creations, but I’ll become more cautious after this incident,” said Kim.