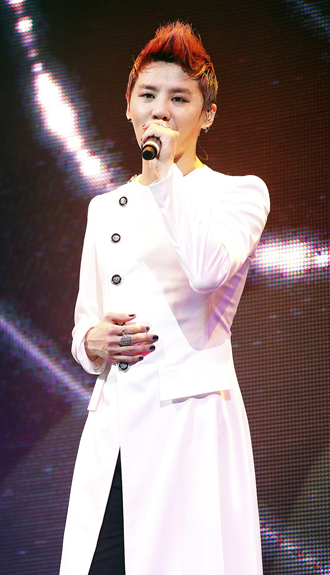 Tickets to the year-end concert of Kim Junsu of boy group JYJ sold out within 15 minutes after going on sale on Tuesday.

The concert, “2013 Xia Ballad and Musical Concert with Orchestra Vol. 2” is scheduled for Dec. 20 to 21 at Jamsil Sport Complex in Songpa, southern Seoul, which can hold about 13,000 people.

All the tickets were released at 8 p.m. on Tuesday and were gone 15 minutes later, according to the singer’s agency, CJeS Entertainment.

The agency added that about 150,000 simultaneous attempts to access Interpark’s mobile and online pages were made by fans trying to get tickets.

“It is really surprising how much power the singer has when it comes to selling tickets,” said an official with the agency.

In the scheduled concert, Kim plans to perform songs to music played by a 35-member orchestra.